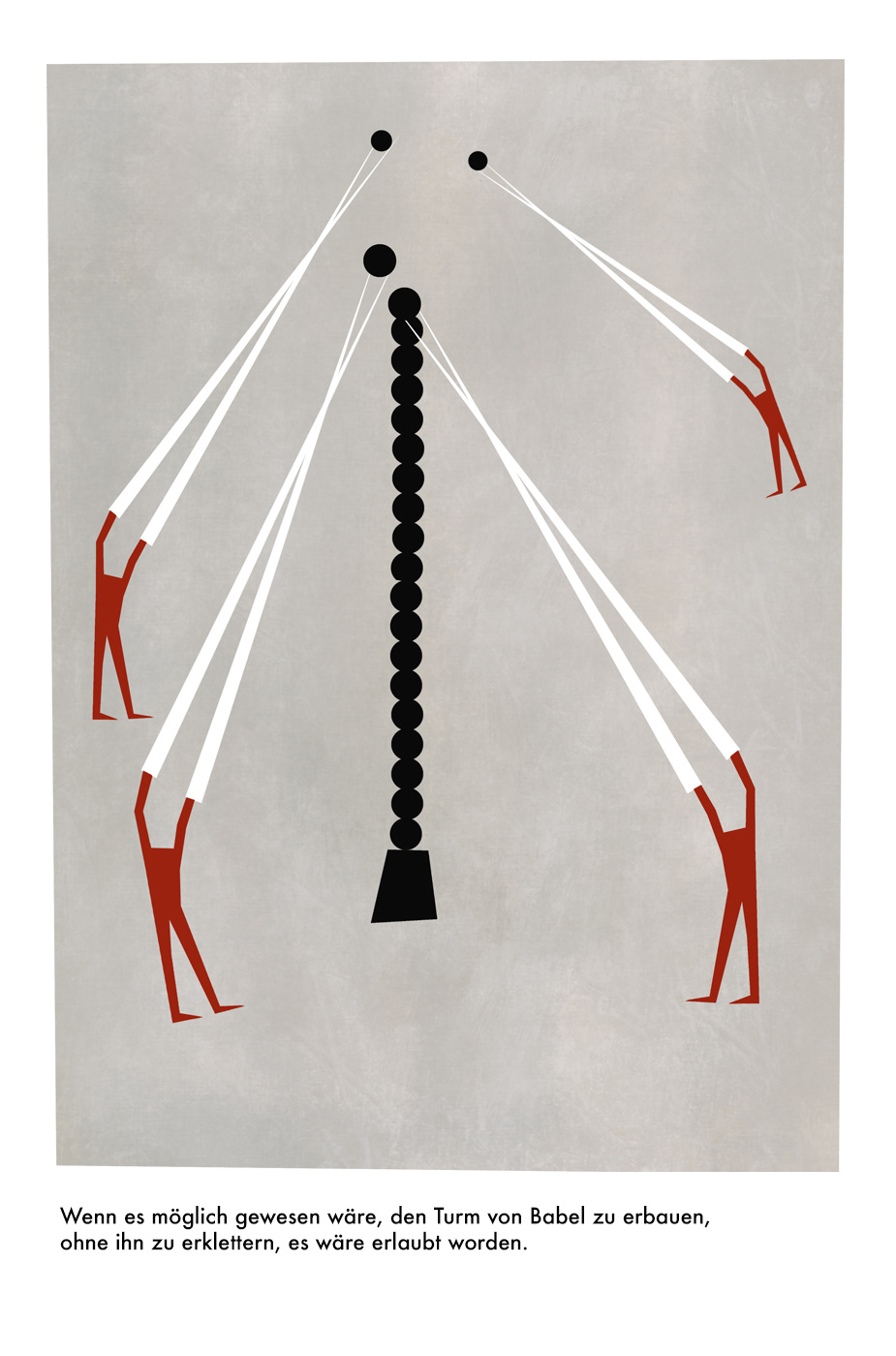 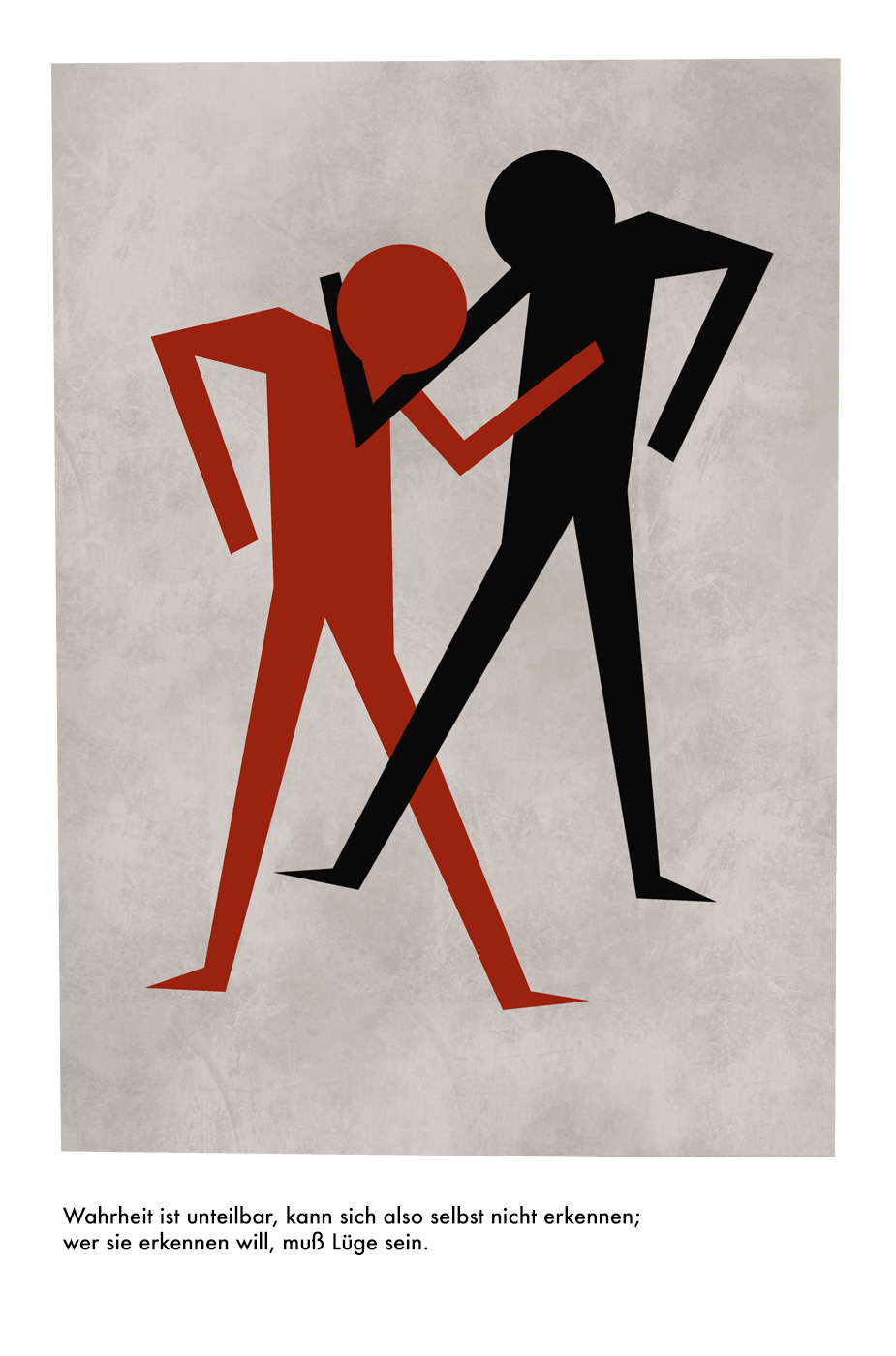 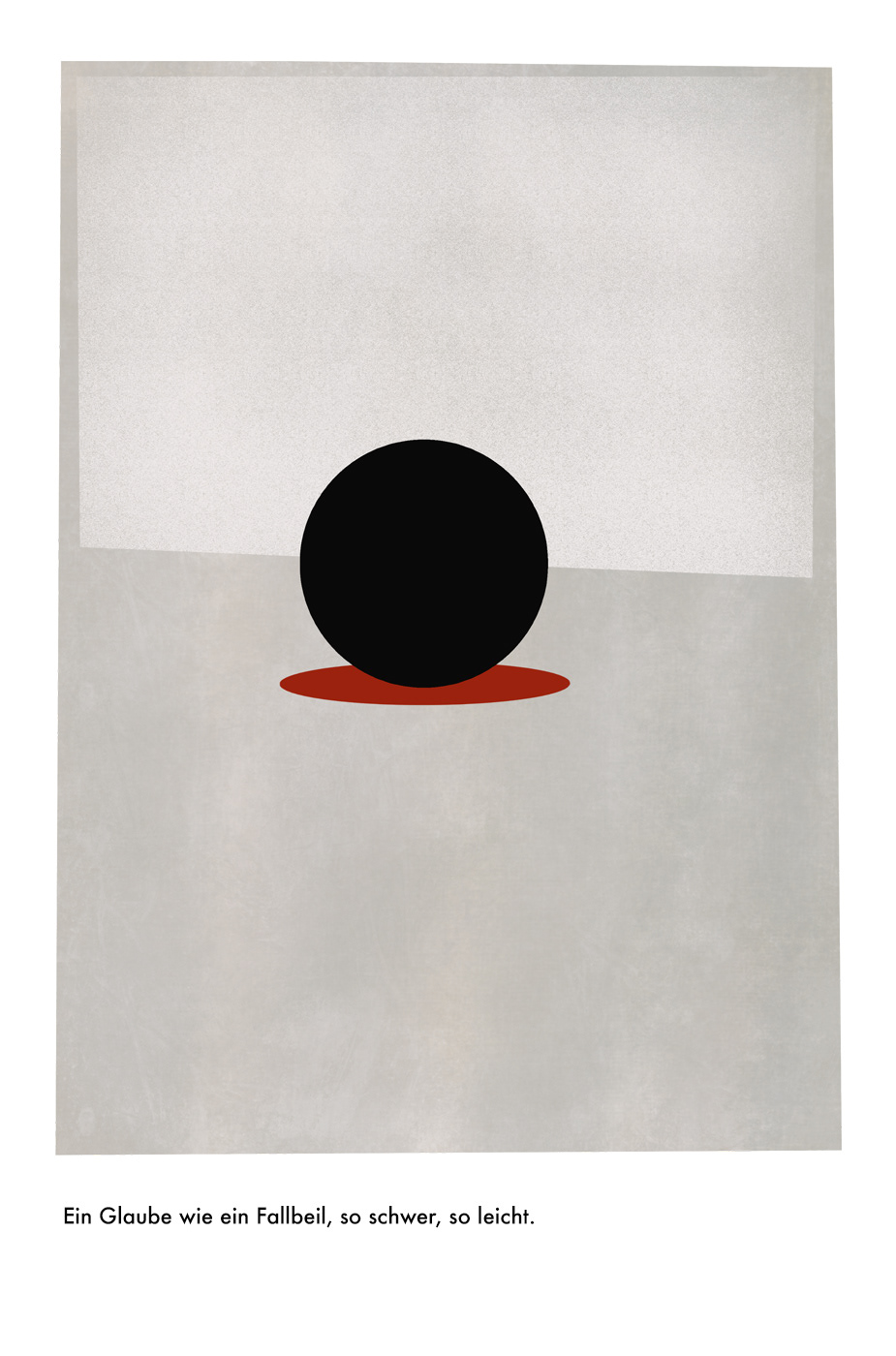 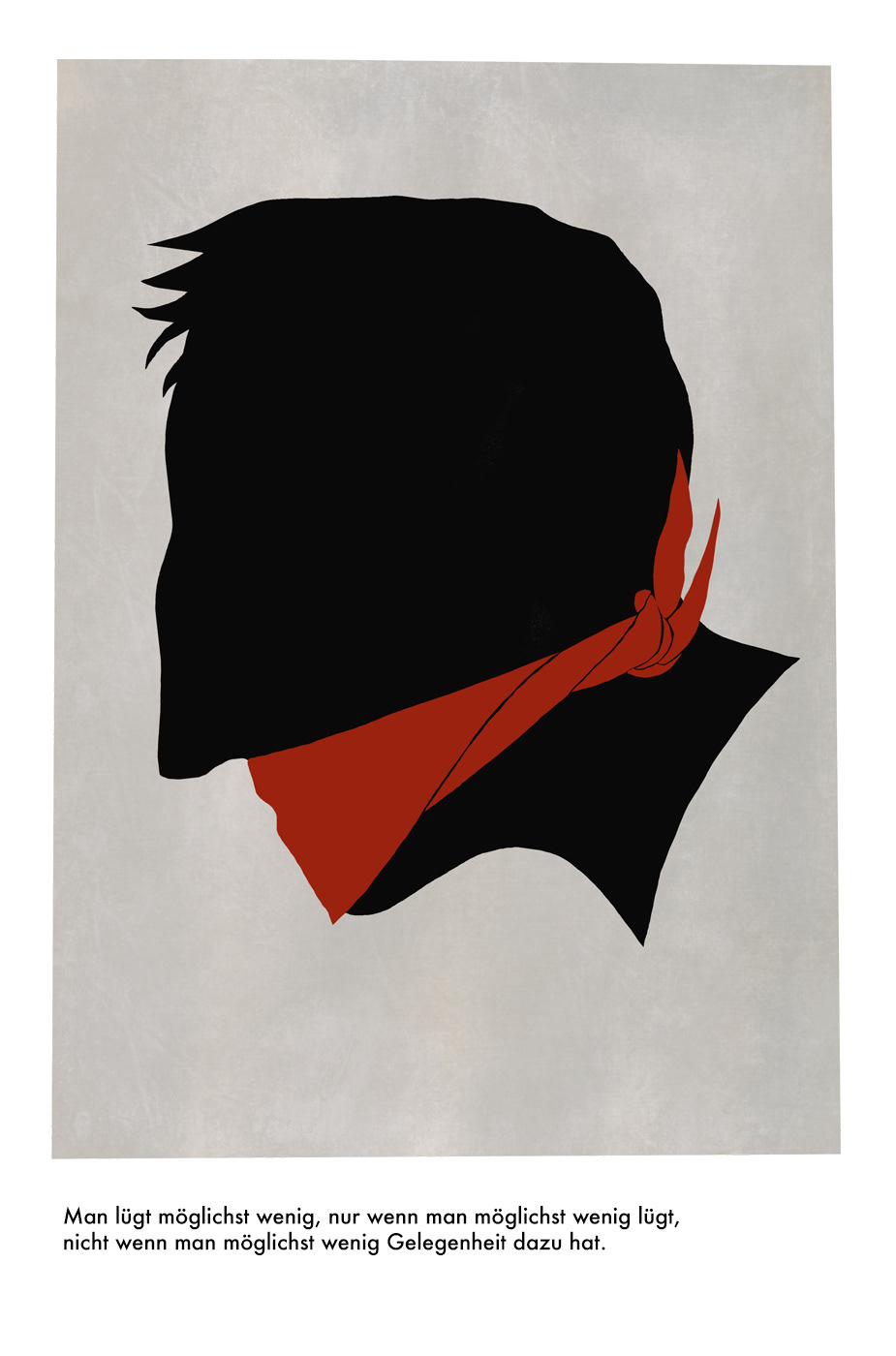 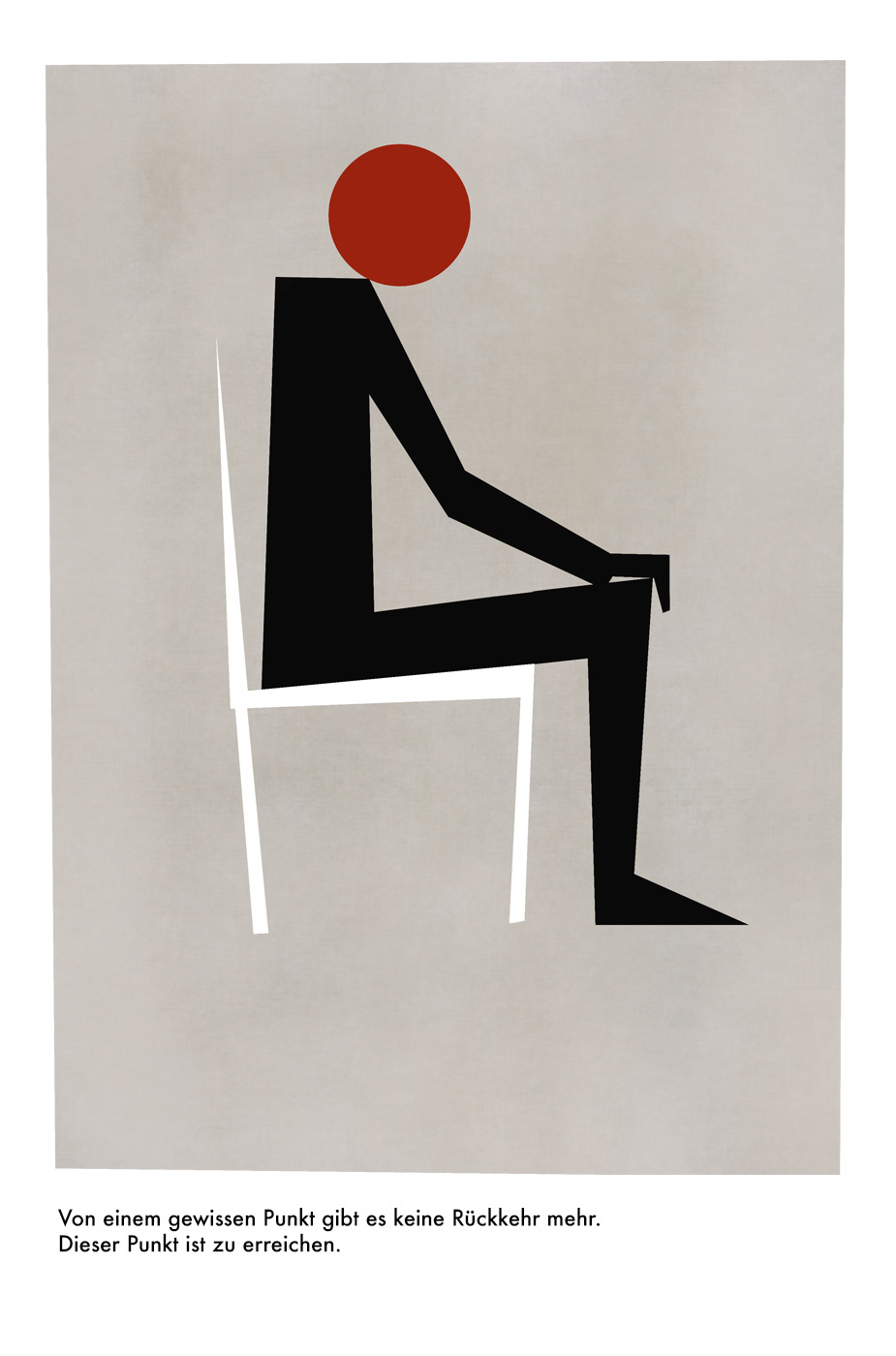 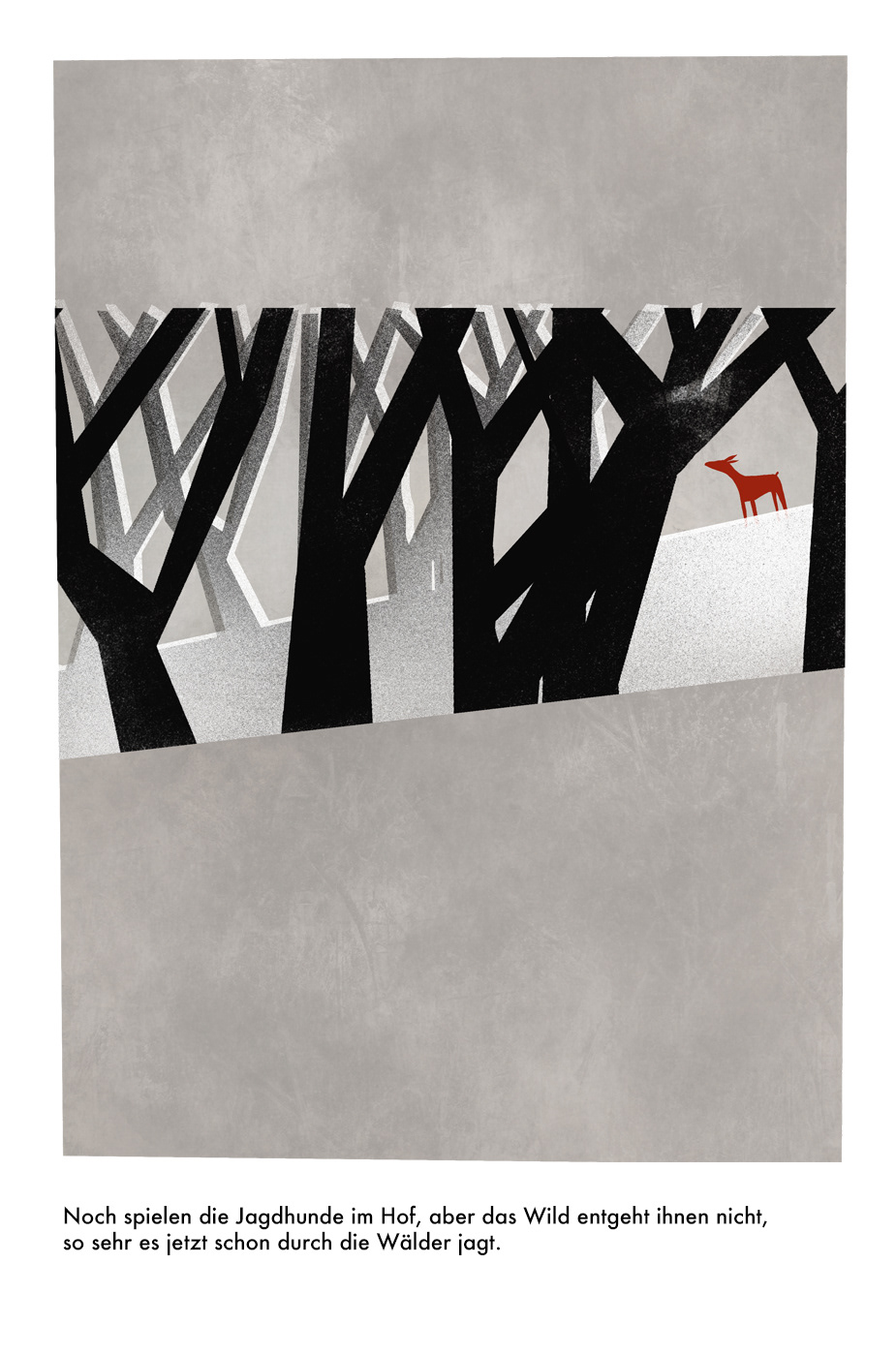 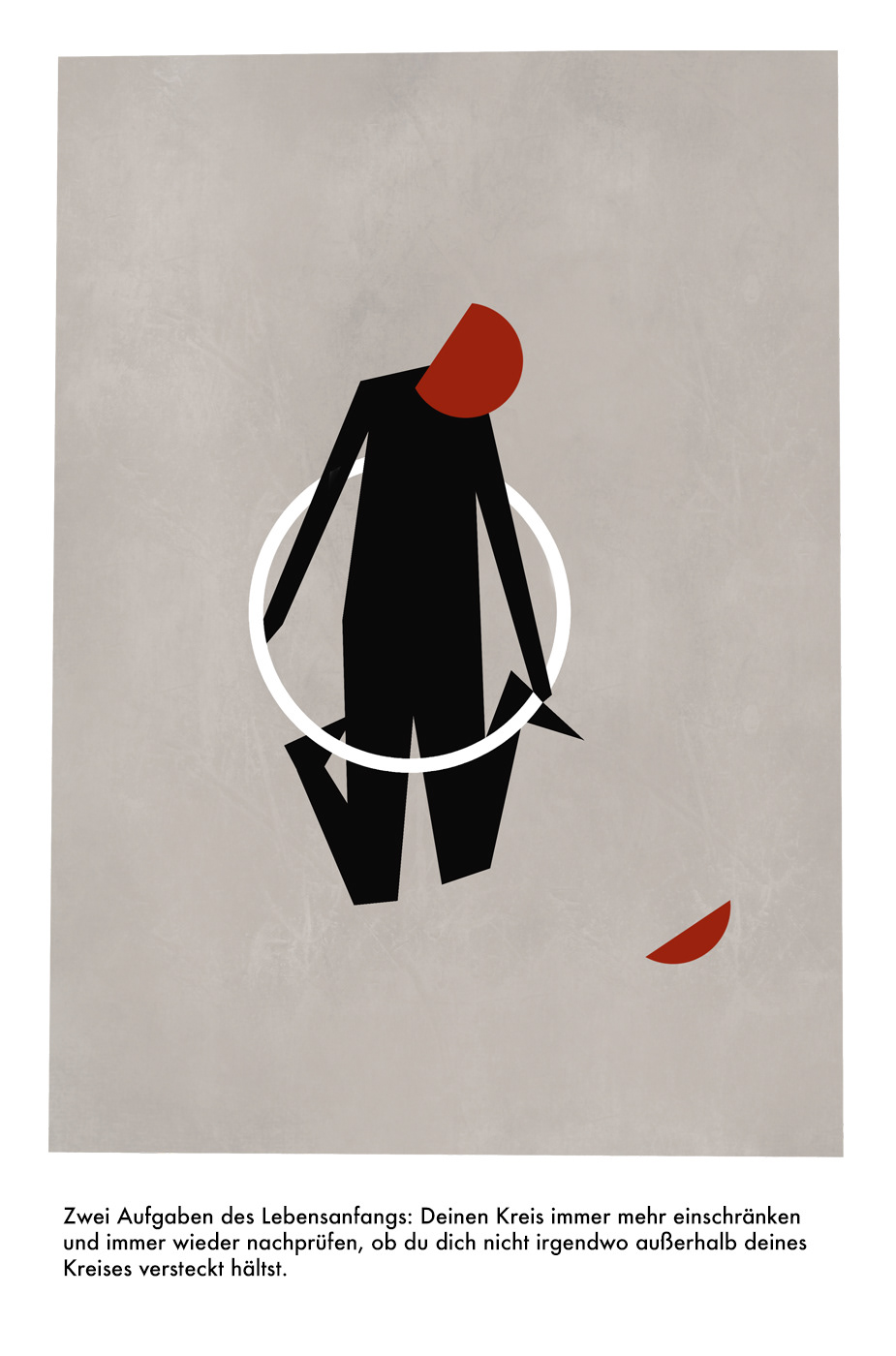 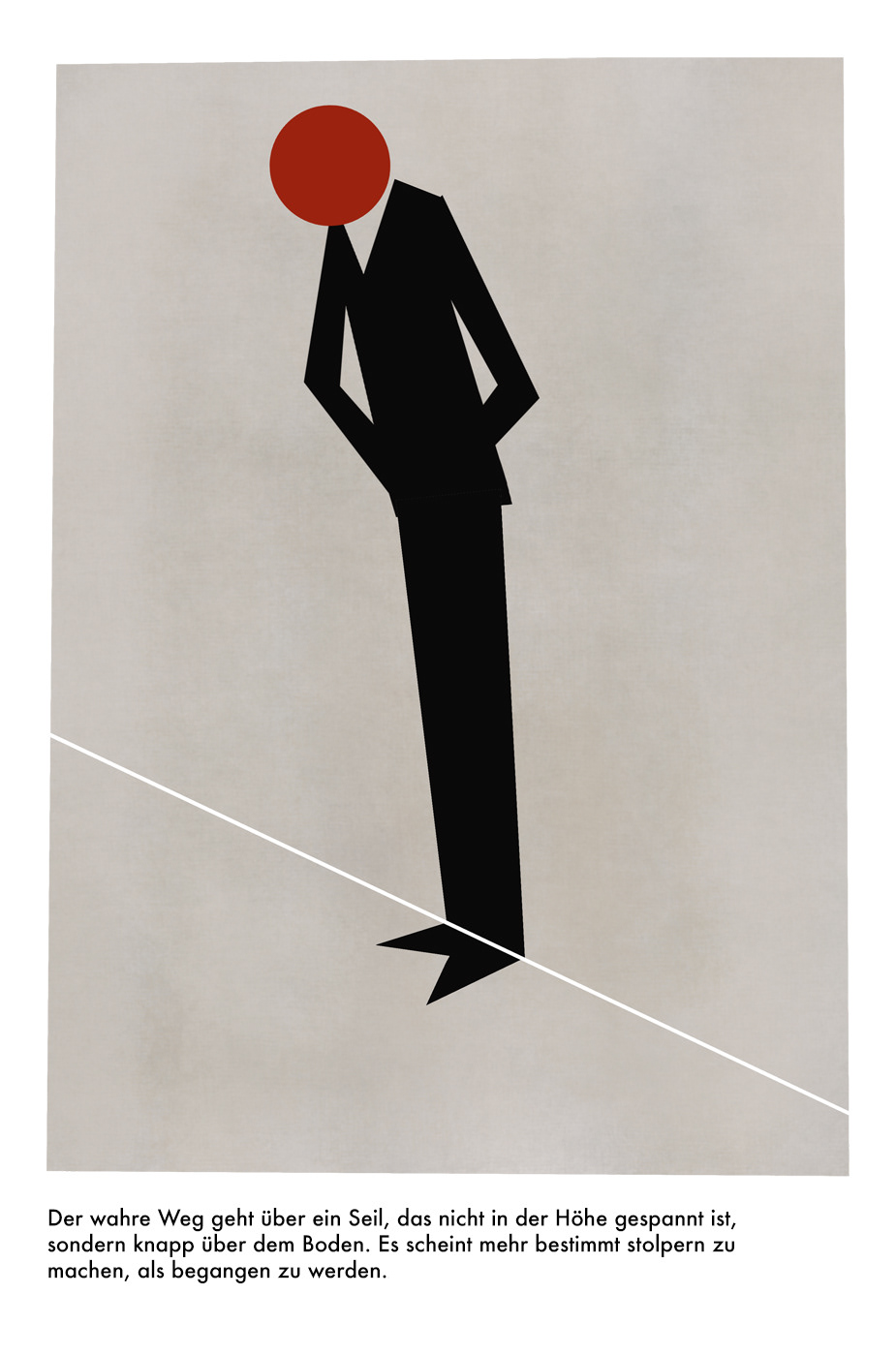 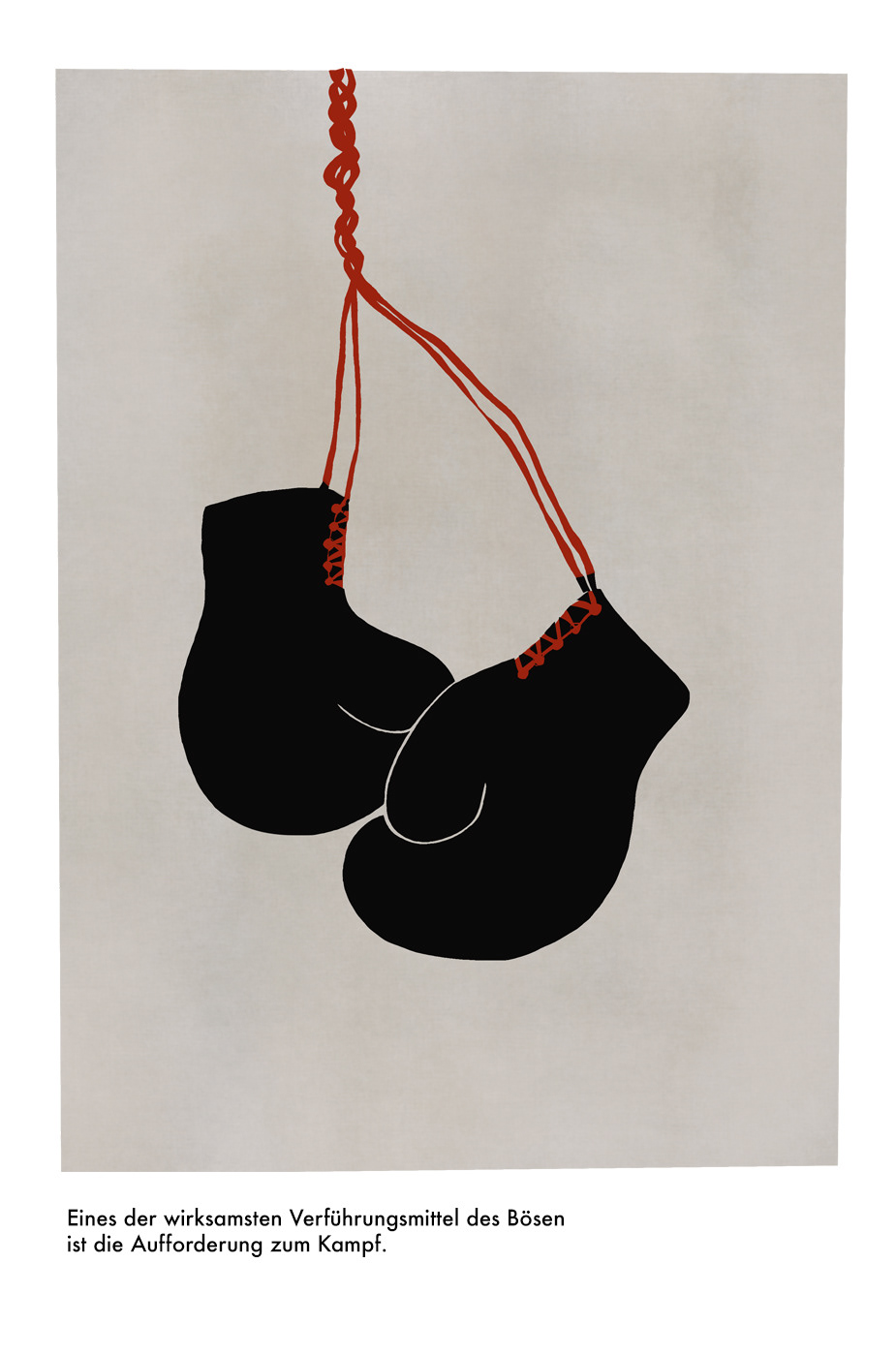 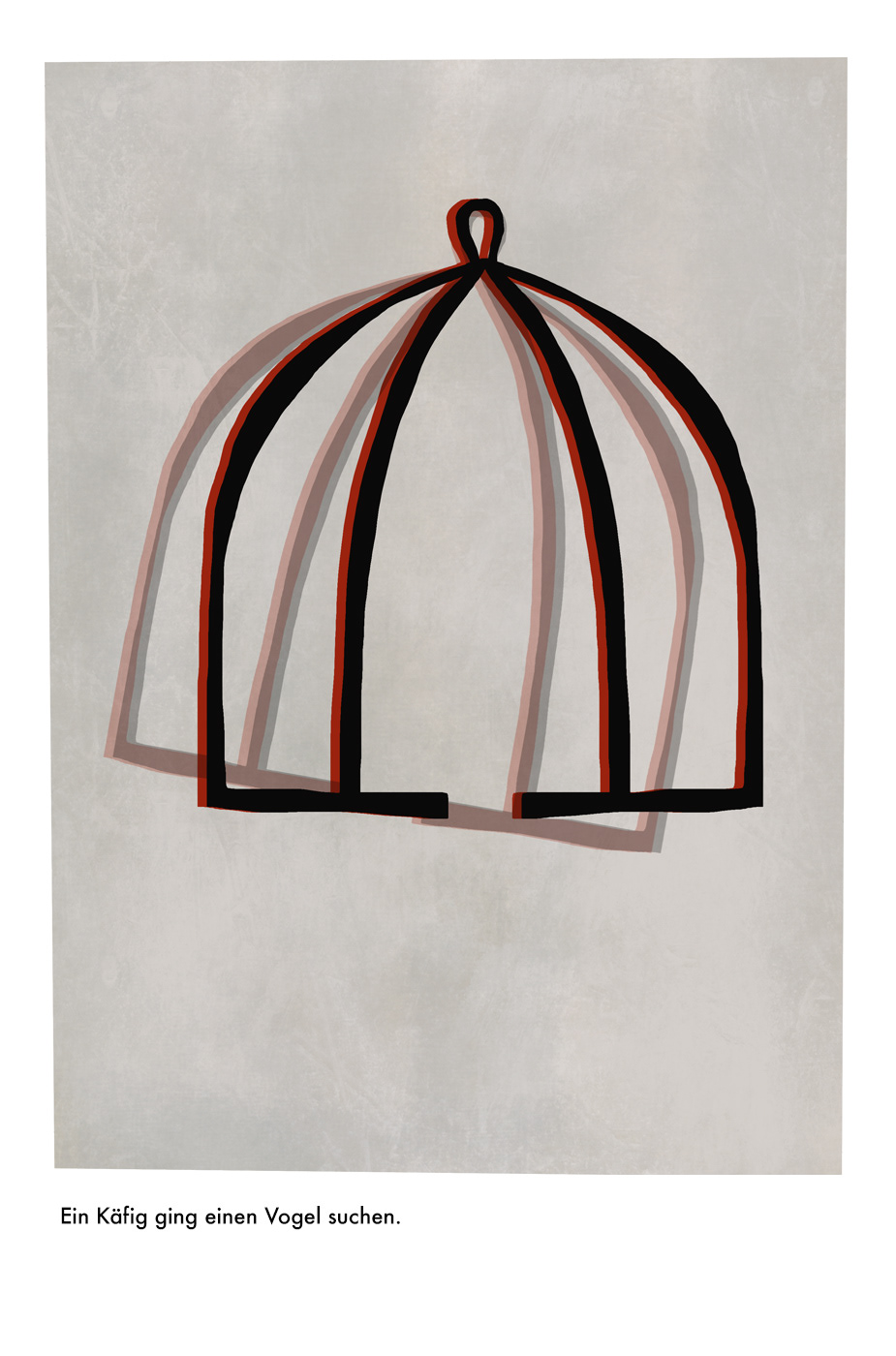 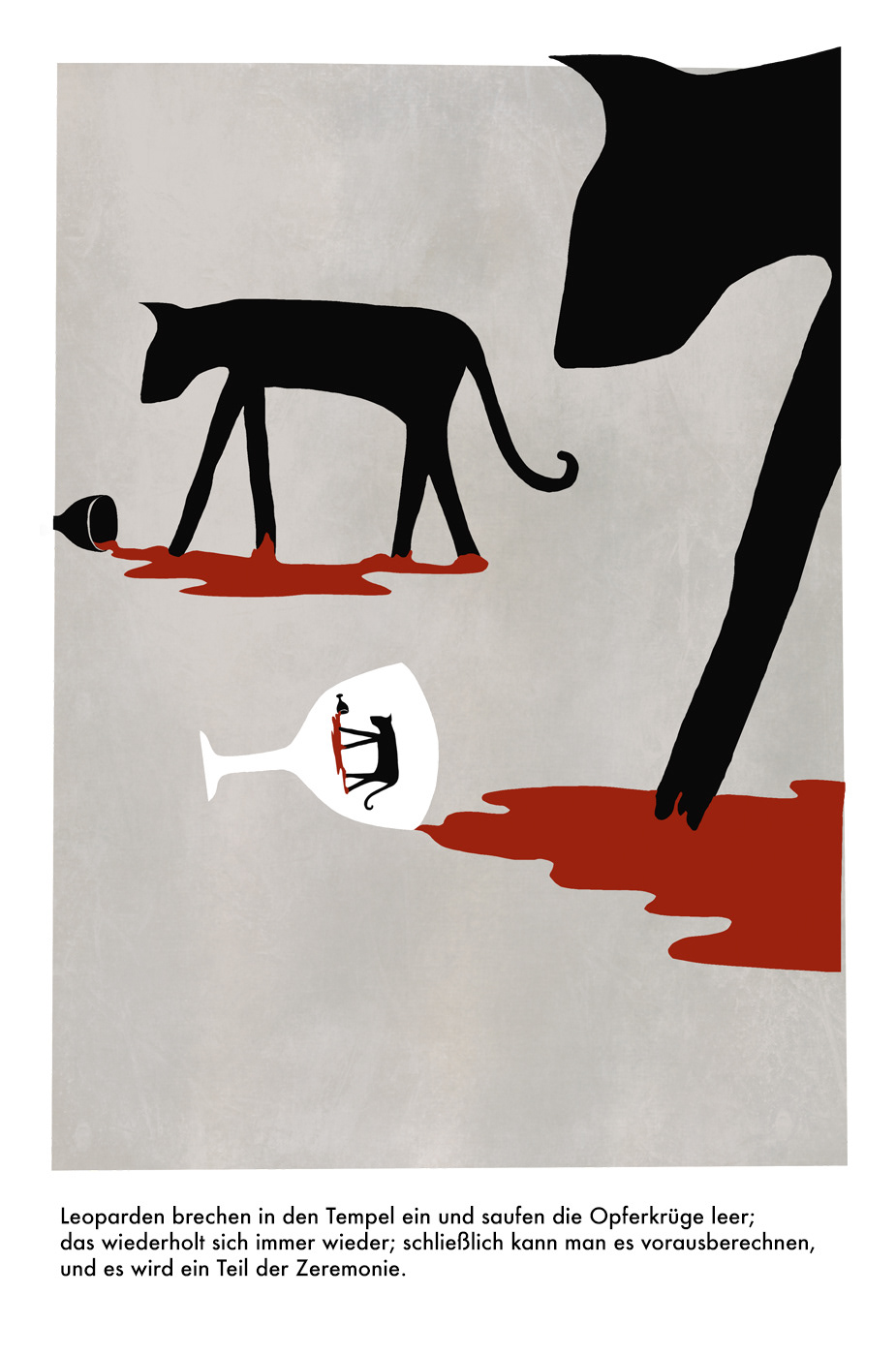 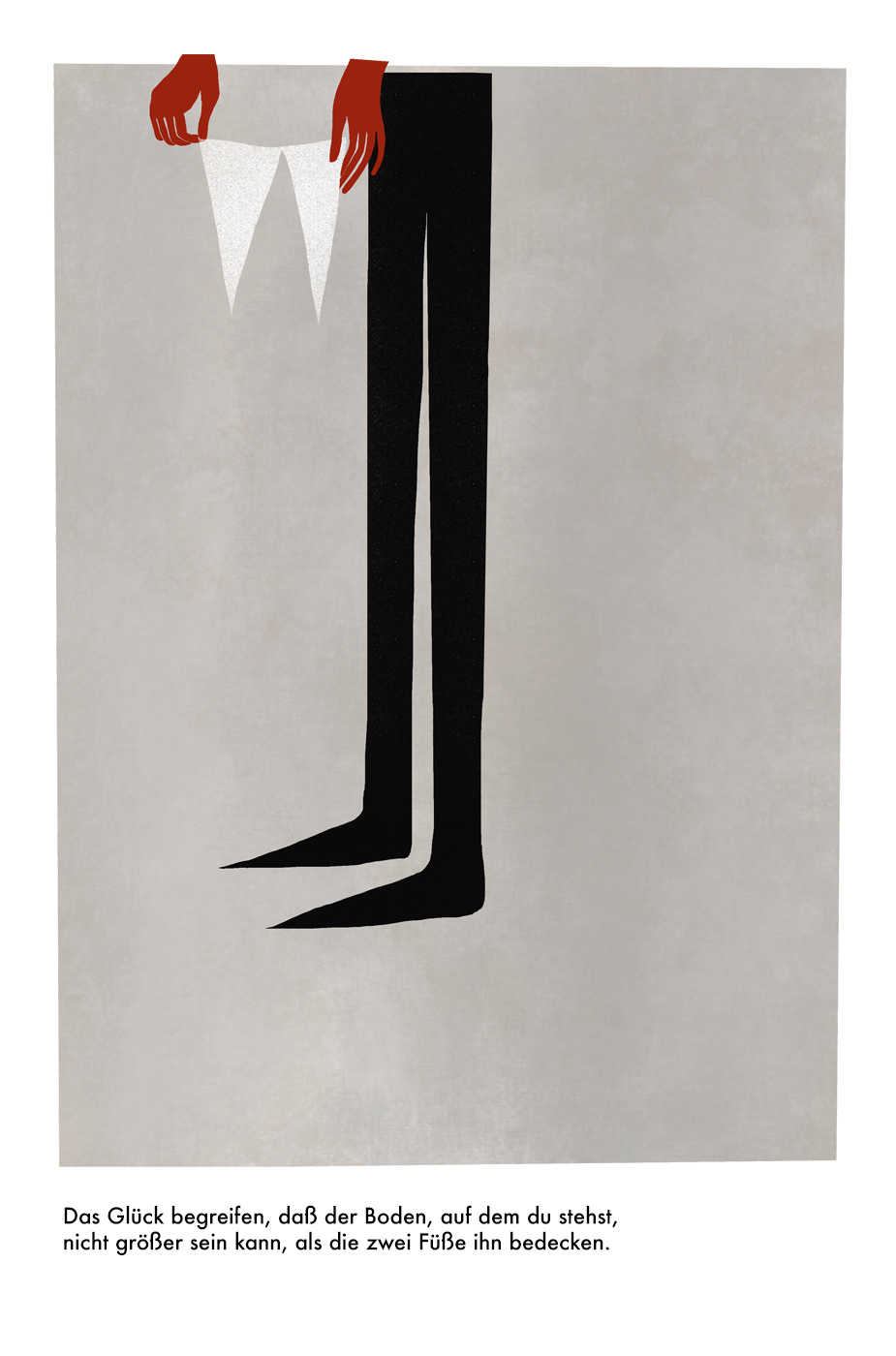 TRANSLATIONS (mine, in order of appearance)
#18 Had it been possible to build the tower of Babel without climbing it, it would have been allowed.
#80 Truth is indivisible and cannot recognize itself; only a lie can recognize the truth.
#87 Faith, like the guillotine, so heavy, so light.
#58 One lies the least when one lies as little as possible, not when one has less opportunity to lie.
#5 At a certain point the possibility of turning back no longer exists. This is the point to be reached.
#43 The dogs are still playing in the yard, but the prey will not escape them no matter how swiftly it is already running through the forest.
#94 Two tasks for a life's beginning: to narrow your orbit more and more, and to keep confirming that you are not hiding somewhere outside it.
#1 The true way leads along a tightrope stretched not overhead but just above the ground. It seems meant to make you stumble rather than to be walked upon.
#7 Evil's most potent means of seduction is the invitation to fight.
#16 A cage went looking for a bird.
#20 Leopards break into the chapel and empty the sacrificial chalices; this happens over and over until it can be predicted and becomes part of the ceremony.
#24 To comprehend the happy fact that the ground on which you stand cannot be any larger than what is covered by your two feet.
↑Back to Top